Build-to-rent communities are flourishing in Houston, but at what cost?

For more than four decades, D.R. Horton has built homes for homeowners, but this past winter, it tried something new. In a pine-nestled neighborhood just north of The Woodlands, it built 124 houses not for homeowners, but for renters. It leased them up and put them on the market as a package deal for a different kind of buyer: an investor.

The winning bid, $31.8 million, was 79 percent more than the $17.8 million the community had cost to build, market and sell. For comparison, the average home the builder sold to a homeowner in that quarter went for only 34 percent more than costs. On an earnings call, analysts marveled over the trade.

The build-to-rent business model has burgeoned as investors — faced with low or uncertain returns in more traditional investments — pour money into new developments. Single-family rentals allow investors to collect monthly rent payments as well as capture home price appreciation, which has soared to the double digits during the pandemic. (The median Houston-area home sold in March went for 16 percent more than the median price of a year before, according to the Houston Association of Realtors.) Now, one in four Houston-area homes sold is purchased by an investor, according to John Burns Real Estate Consulting, which tracks residential investing.

On HoustonChronicle.com: Why Houston’s suburbs are exploding with build-to-rent homes

More than 7,500 build-to-rent homes have been developed in the Houston area, according to the RCLCO, a real estate advisory firm — good news for renters who, for one reason or another, are sitting out the pandemic’s homebuying frenzy but still want the perks of living in a home with a backyard, neighborhood amenities and a good school district.

But some argue it also means prospective homeowners face a tighter market.

“It goes to the affordability issue,” said Jim Gaines, economist at the Texas Real Estate Research Center at Texas A&M. “If property is diverted from potential ownership into the rental market, then that’s lower inventory,” he said. “That’s making prices… go up.”

And yet the momentum is undeniable. Homes are going up so quickly in Wan Bridge’s Clearwater at Balmoral — part of a Humble master-planned community surrounding a crystal lagoon — that walking down the street feels like traveling through a time lapse. On one block, the wooden frames of buildings were still visible; across the street, roofed and insulated houses awaited brick siding; and down the road, recently completed homes stood ready for move in for rents starting at $1,995 a month. One had already welcomed its first occupants. Within the span of a recent Thursday morning, two more prospective tenants filled out paperwork to move in.

Roots in the Great Recession

After poorly underwritten mortgages triggered the Great Recession in 2007, millions of Americans lost their homes — and investors with suitcases full of cash showed up at foreclosure auctions to snap up properties at bargain prices.

They were buying the homes to rent — the beginning of the metamorphosis of single-family home rentals from a mom-and-pop endeavor to an asset class that attracts attention from funds so large, they’re known as institutions. Now, investors can buy and sell large portfolios of single-family rental homes without their ever appearing on a listing website, rental homes can be publicly traded in real estate investment trusts, or REITs, and rent rolls can be bundled into securities. Your pension fund could very well be collecting rent from suburban homes.

But as home prices recovered from the Great Recession, investors began to face the same price pressures squeezing prospective first-time homeowners. Houston developer Ting Qiao, who began buying scattered homes to rehab and lease in 2013, quickly found it harder and harder to find homes at prices low enough to make a good return.

Then, in 2015, he had an idea: His company, Wan Bridge, compared the cost of buying an old home and renovating it to the cost of building new.

“Our conclusion was the cost is the same,” he said. “So why don’t we just get the whole community built from one development?”

At first, he came up against the stigma associated with older neighborhoods where many of the homes were for rent, as well as confusion from lenders and investors. When he built his first community for rent, outside Dallas, he raised funds from individuals overseas who were looking for an easy way to invest in American real estate. As the model was proven, Qiao said, banks became willing to finance build-to-rent communities, and family offices and institutional players wanted to invest in the homes.

There is no alternative

Wan Bridge is now one of at least half a dozen firms building single-family homes to rent in the Houston area. It has seen so much success, it is currently seeking to increase its staff by 25, or more than 50 percent.

Among the reasons for the sudden rush to build-to-rent is the global economic landscape. Giant funds are under pressure to find high returns on their money, but government response to the pandemic-induced recession and economic uncertainty have pushed bond yields to historic lows. At the same time, it is harder to find undervalued companies when stocks are at record highs, and commercial real estate investments once seen as dependable streams of revenue — office towers, hotels, retail centers, apartments — have been pummeled by social distancing.

“Yields are crazy, crazy low right now,” explained Rick Palacios Jr., principal at John Burns Real Estate Consulting. “So you have investors across the world who have to find investments that meet their yield requirements, groups that used to be able to do that in safe things like treasuries. They can’t do that any more.”

But occupancy, rent collection and even rent increases for single-family homes stayed healthy throughout the pandemic, offering a dependable return that investors are leaping at.

The flood of investor money chasing build-to-rent is pulling some supply out of the for-sale system and helping push home prices up, he said. “Because now you have another… pool of capital competing for land, you’re bidding up land prices, which the derivative of that is home prices.”

Others pushed back against the idea that build-to-rent impacts prospective homebuyers.

“Build-to-rent are paying about triple what the build-for-sale guys would pay for land,” he said. But with 40 such deals currently underway, he has yet to see both types of developers bidding on the same lots.

But one at least one Houston-area homebuilder has said that it will increase the portion of its land used for single-family rentals instead of for-sale units. The Woodlands-based homebuilder Lennar announced that institutional investors aim to acquire $4 billion worth of its single-family homes and townhomes for rent.

“This exciting new venture has an opportunity to scale at a pace we do not believe possible for competitors in the single-family rental space, given direct access to Lennar’s pipeline of over 300,000 owned and controlled homesites,” Rick Beckwitt, Lennar’s co-chief executive, said in a statement.

Either way, the trend is unfolding apace. Renters are flocking to newly built rentals in dozens of neighborhoods across town.

On a recent weekend in Kingwood, Erica Lockwood was moving into Regent Square Brownstones, another Wan Bridge development.

A longtime homeowner, it was her first foray into renting, and she was nervous about putting monthly payments toward a house she didn’t own. But it was walking distance to her office, which she had moved across the country to work out of, and zoned to a good high school for her 16-year-old son. What’s more, it was brand-new and beautiful, and she knew that yard care and maintenance would be taken care of.

“I have to tell you, I’m a single, professional woman,” she said. “I work a lot. I have a demanding job. And the enticement of not being responsible for my lawn maintenance — I don’t even have to worry about changing the lightbulbs! — that is great. The tradeoffs (of not owning) are worth it to me.” 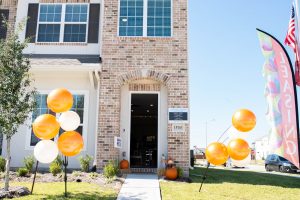 Why is Texas a Hotspot for the Single-Family Rental Market? 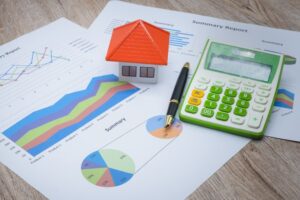 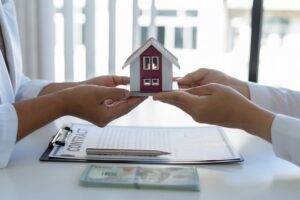 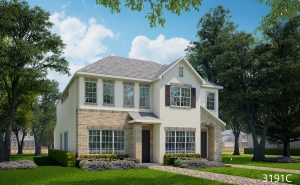